How can we help you today?

The forecast data can be found under Reporting in the top menu. The Forecast grid is filterable using the filters on top. See the bottom right of the grid for export options.

Above the Forecast grid, a 'Toggle ratio' buttons allows the current user to see his/her ratios and those of the agency, which can also be found on the Dashboard.

How does it work ?

Archive the job in order to remove it from forecasting. 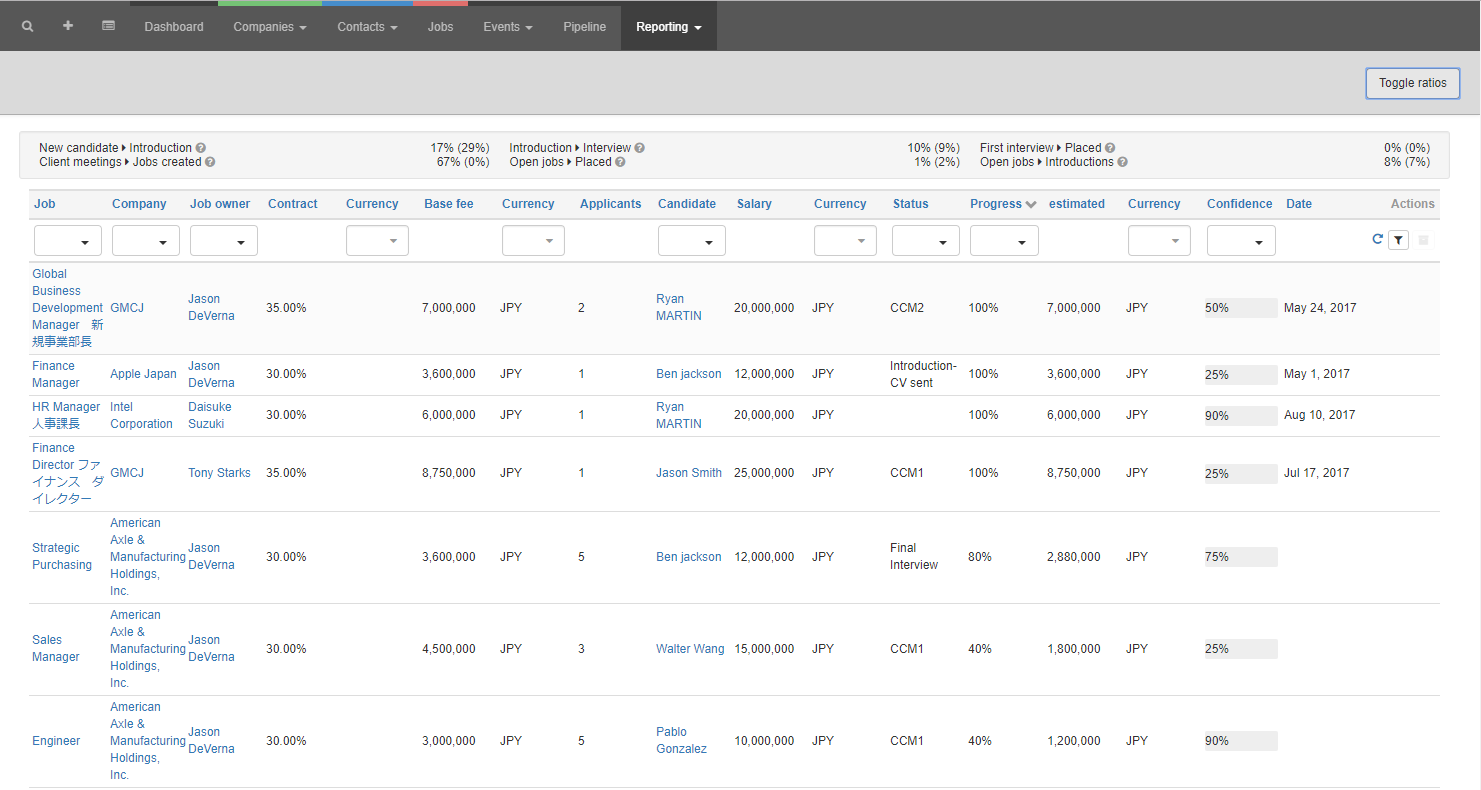 What is being shown ?

The grid contains the following columns :

For each opening in a job, it will show a line in the grid. If a jobs has 2 openings, 2 of the most progressed introductions will be used to calculate the forecast.

The company of the job.

User who owns the job.

The contract used to calculate the forecast. There is a hierarchy on which value will be used.

If none of these have a value, no forecast will be calculated for this job.

This is the revenue for this position in the job when this results in a placement. One row will only count for one position in a job.

This is the currency of the Base Fee.

The amount of introductions active for this job. A job can have 2 openings and 10 active introductions. Both rows of the job will show 10 applications.

The candidate of the introduction for this position's forecast. If a job has 2 openings, there will be 2 rows with each a different introduction and candidate used to calculate the forecast for each position.

The salary of the candidate. The salary will be taken as follows :

The currency of the above salary.

The basis of the salary: hourly, weekly, monthly, yearly.

Show the percentage of client companies met that resulted in created jobs. Based on the meeting and job creation dates. Meeting a company multiple times does not affect this ratio.

The status of the introduction used to calculate the forecast.

The estimated forecast for this position of the job. This is calculated based on the following criteria :

The currency of the Estimate

The consultant's confidence of the introduction.

The start date defined in the introduction

Did you find it helpful? Yes No

Send feedback
Sorry we couldn't be helpful. Help us improve this article with your feedback.